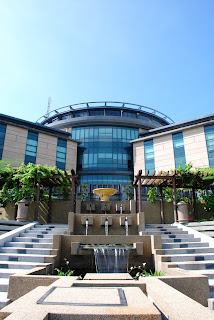 When my hand-phone alarm woke me at 5am this morning, it was with reluctance and a heavy heart that I opened my eyes. At the back of my mind the whole weekend was my 11am interview or interrogation by the Malaysian Communications and Multimedia Commission.

And true enough, it turned out not to be a pleasant experience.

Less than 10 minutes into the meeting at the MCMC headquarters in Cyberjaya, my lawyer Latheefa Koya was ‘booted out’ from the room by none other than the director of the enforcement department, who personally came to ‘collect’ her.

And in doing so, he denied me of my fundamental right to legal representation.

Now, those of you who know Latheefa will know what a brave person she is and how very vocal she can be. But perhaps sensing my nervousness, she helped to restore calm to my troubled thoughts after she had argued for many minutes with the MCMC officials.

Finally, she allowed them to speak with me alone, but of course, only after whispering a barrage of advice into my ear. Sad to say, the words promptly twitched out of my other ear!

Thus, began nearly two-and-half hours of questioning into my background, Malaysia Chronicle and the article I wrote on Thursday entitled Najib warns of ‘crushed bodies’, ‘lost lives’, ‘ethnic cleansing’ if status-quo not kept….

In particular, they focused on his comments which I had quoted from a well-known news portal.

“Even if our bodies are crushed and our lives lost, brothers and sisters, whatever happens, we must defend Putrajaya.”

“What I am saying is not surprising. In the 20th century, we have seen cases of punishment without trial in the United States, the holocaust tragedy in Europe, the slaughter of Palestinians in the Middle East and the ethnic cleansing in Bosnia and Rwanda. Imagine, what is the outcome, if every generation of Malaysians question the social contract which were agreed upon by their forefather.”

Out of this rash of words, there were only three phrases that the MCMC was interested in – bodies crushed, lives lost and ethnic cleansing.

The two recording officers also told me I was being investigated for possible breach of Section 211 and 233 of the Communications and Multimedia Act 1998. Each offense carry a maximum fine of RM50,000 and/or jail of up to one-year. (Click into the sections or scroll down do see what these provisions are about)

One of the most memorable question was, did I think I had broken the laws and why? My answer was just a brief I disagree.

In fact, neither has the news-portal which reported the comments run foul of the law. And for the simple reason that the quotes were not imagined or made up but were really part of Najib’s speech.

The quotes can even be found in Bernama’s full-text English translation of his speech, which was delivered in Malay.

Even if we are broken or divorced from the life of the body, brothers and sisters, we must defend Putrajaya at all costs. – Bernama

What I am say is not surprising. In the 20th century, we have been shown case of punishment without trial in the United States, the holocaust tragedy in Europe, the slaughter of Palestinians in West Asia and the ethnic cleansing in Bosnia and Rwanda. So, one can imagine the result, if each generation of Malaysians take a stand to question the fairness of the national social contract that had been previously sealed by consensus by our predecessors. – Bernama

Why were the phrases slightly different? Because the reporter from the news portal would have translated on the spot as Najib spoke since not all the media were given the text, unlike Bernama. But even so, the translations were eerily accurate.

It is also telling that Najib has not denied making these outrageous remarks. Yet, the news-portal and Malaysia Chronicle have been picked on and are now being investigated. Why?

To me the answer is obvious – intimidation! Why?

To wear us out so that we will give up on reporting and writing anything that is critical of our 6th prime minister!

What will happen now? Probably more questioning, off-and-on harrassment and perhaps a few raids and confiscation of laptops and computer equipment.

I have to admit I do feel slightly weary. Not scared but a bit tired. Still, no way will I give up the fight yet – otherwise each day will become worse and worse of a living nightmare in Malaysia – our beautiful Malaysia.

Don’t you think so?