Lawyers for Saudi Writer Turn Up Heat on Malaysian Officials

A day after Malaysia deported a 23-year old Saudi Arabian journalist to face charges of insulting the Prophet Muhammad on Twitter, his Malaysia-based lawyers are hoping to keep the case alive in Malaysia’s courts, even though it’s unlikely to affect the journalist’s fate in his home country. 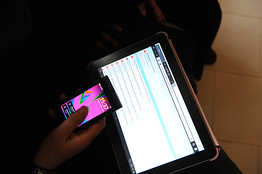 Lawyers for Hamza Kashgari on Monday filed an application with Malaysia’s High Court asking judges to declare the columnist’s arrest and detention by local authorities unlawful. On Tuesday, the judges adjourned the hearing until Feb. 22 to allow the government and the police to file affidavits in reply. The case named as respondents Malaysia’s Minister of Home Affairs, the Inspector General of Police, and other government authorities.

The move won’t bring back Mr. Kashgari, who was handed over to Saudi authorities on Sunday after conservative clerics there led a public campaign on Twitter, Facebook and YouTube demanding he be executed for his tweets. In the tweets, the Jeddah-based writer examined his complex feelings about the founder of Islam.

But Mr. Kashgari’s lawyers say there is a principle involved in defending him even after his deportation, since they believe the Saudi writer was handed over unlawfully. Keeping the case in the courts could also help keep the writer’s situation in the public eye a bit longer, adding to international pressure on Saudi Arabia to handle Mr. Kashgari with leniency.

Saudi officials have made limited comments about the case, which drew global attention after human rights organizations warned Mr. Kashgari could be killed if returned to Saudi Arabia. A senior Saudi government official said on Sunday that Mr. Kashgari will likely face charges of apostasy, or renunciation of Islam; many Saudi clerics believe apostasy must always be punished by death, even in cases where the alleged culprit recants and retracts, as Mr. Kashgari did, by Twitter.

The Saudi information minister said on his Twitter page that Mr. Kashgari “attacks our prophet in a manner that does not fit a Muslim,” and that legal measures will be taken to guarantee that he will banned from writing for any Saudi publication.

Mr. Kashgari’s lawyers – including some from the human rights group Lawyers for Liberty – contend it was inappropriate to send the columnist back home because they had obtained a last-minute injunction Sunday to stop his forced return. They are alleging that the Home Minister and police knew about the injunction and deported him anyway – a charge the Home Minister and police deny. In a press statement, Lawyers for Liberty said Malaysia’s Home Minister and the Royal Malaysia Police had “obliterated whatever rule of law and due process are left in Malaysia.”

The statement went on to say that Malaysian authorities had resisted all attempts by Mr. Kashgari’s lawyers to meet him, detained him in a secret location, and deported him in unfair haste. It said news of the injunction was reported widely on Twitter and online media, as well as sent to the Home Minister and the Inspector General of Police’s offices by fax. A spokesman for Malaysia’s federal police said the Inspector General of Police’s office did not receive any faxed injunction.

Home Minister Hishammuddin Hussein likewise said his office had not seen any court orders that would have prevented the deportation. “If there was a court order, we would abide by it, but there wasn’t,” Home Minister Hishammuddin Hussein told reporters Monday. He also defended the government’s decision to deport the man. “I will not allow Malaysia to be seen as a safe country for terrorists and those who are wanted by their countries of origin, and also be seen as a transit county,” he said.

As for fears that Mr. Kashgari could be killed upon his return to Saudi Arabia, Mr. Hishammuddin said “allegations that he would be executed, abused, do not make sense. The country being accused is a dignified country. These are serious allegations against Saudi Arabia.” Mr. Kashgari fled to Malaysia last week after public calls for his execution intensified. A person familiar with the writer’s movements said he arrived safely in Malaysia but was advised by friends that it wouldn’t be wise to remain in the country. Arrangements were then made to fly him to New Zealand, but he was detained by Malaysian authorities Thursday when he returned to the airport.